If you work in Broadcasting, Streaming, or Media, then you know how important transferring media via IP Networks is to your service.

The successful transfer of media over IP networks is a crucial component in the development of new technology, the expansion of media streaming services, and the boundaries being broken in Outside Broadcasting. It is a huge factor in the success of many products, services, and operations; yet it’s a component in which a lot can go wrong. The varying network qualities available in different locations for both your users and your staff can present challenging and hazardous issues, and it can be difficult to anticipate these hazards in pre-event testing as they will only appear when your network quality is impacted by the stresses of the real world.

Some of the Network Impairments that you will encounter include-

Poor Latency can result in extensive load times and poor sound/footage synchronisation, causing minor to critical damage to footage quality, depending on the severity. 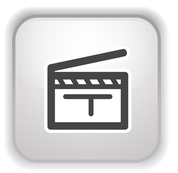 Latency Bursts are a more severe latency hazard that can be very frequent in remote areas with poor network accessibility. Latency bursts will have a very visible impact on footage quality, and can drastically increase load times. 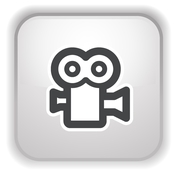 Packet Loss represents the compartments of data being lost as media files are transferred via IP networks.Packet Loss can cause jumpy, harsh footage that will fail to meet the high standards expected of media outlets and their audiences. 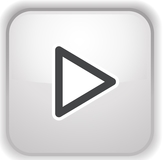 Packet Re-Ordering is the process through which data packets are mistakenly re-ordered as they are transmitted. The result is footage that is received out of sequence, often resulting in jumpy, disconnected footage will appear visibly unclean, andwith distorted sentence structures, rendering them incoherent. 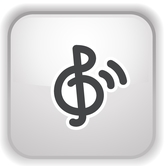 Livestreaming requires a sufficient level of bandwidth to maintain high footage quality. However, livestreamed events are often heavily populated with other attendees and streamers, all competing to use the same wifi connections. This will lead to a heavily congested bandwidth, and an incredibly slow connection as a result. 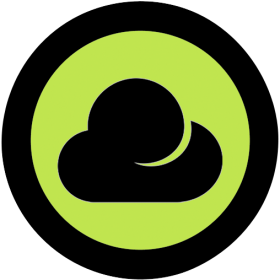 These factors can be exacerbated by factors such as Geography, Poor Network Infrastructure, Competition for Wifi Connections, and Network Congestion, all of which will heavily increase the likeliness of network hazards appearing and critically impacting media quality.

This, in turn, can result in unacceptable footage for broadcasters, who demand high-quality to ensure they keep their audience, or a very frustrating experience for the users of streaming services, who will feel no remorse in cancelling a subscription and signing up with a competitor who promises a better service. To prevent these factors impacting your equipment, broadcast, or service, it’s crucial that you have the ability to test against these factors before your service goes live- this is why you need an iTrinegy Network Emulator.

Create ip networks in the lab

iTrinegy’s user-friendly, award-winning range of Network Emulators allow teams to easily perform complex network emulations in a laboratory environment, meaning that you can instantly see how poor networks will affect your media transmissions, and optimize against them.

With the NE-ONE Professional’s range of in-built network types, such as 4G, 3G, Wifi, Satellites, or WAN networks, you can run point-to-point or dual-hop emulations within minutes, subjecting your desired test subject to a range of with both pre-set and customizable levels of network qualities to fully understand how your tech or footage will be impacted by the stresses of the real world.

When operating the NE-ONE Enterprise range of Networks Emulators, testing can be enhanced even further, with full meshed and partially-meshed networks being recreated in their entirety within a laboratory environment, enabling you to see how the entire broadcasting or media networks can be effected by impairments, and how the transfer of media could be improved by switching to different network-oriented transport mediums. 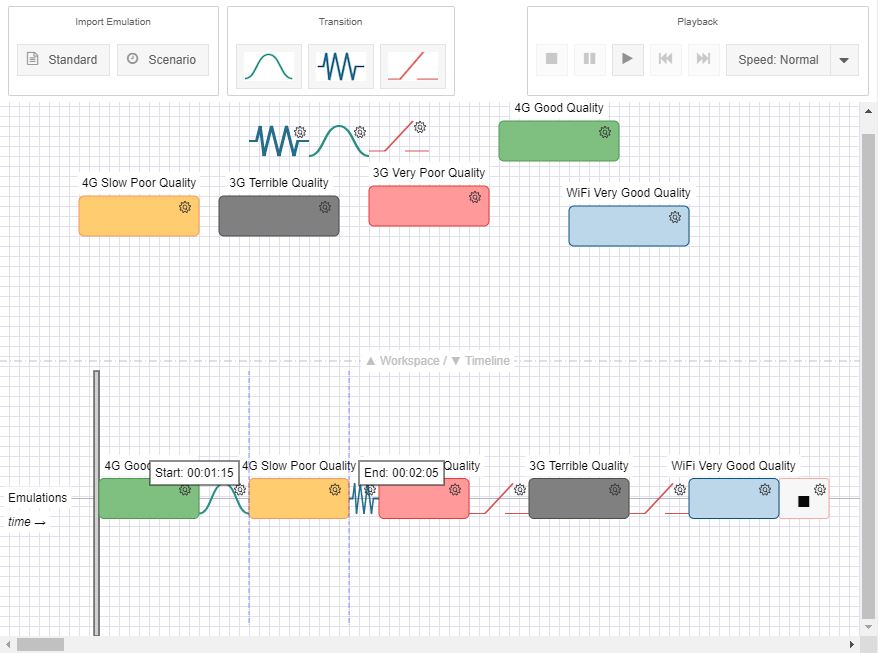 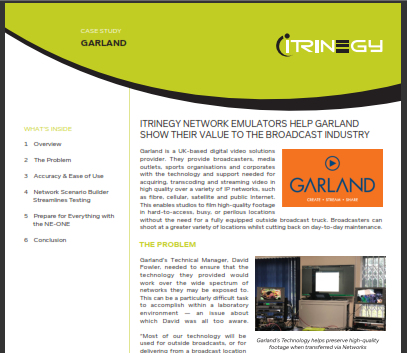 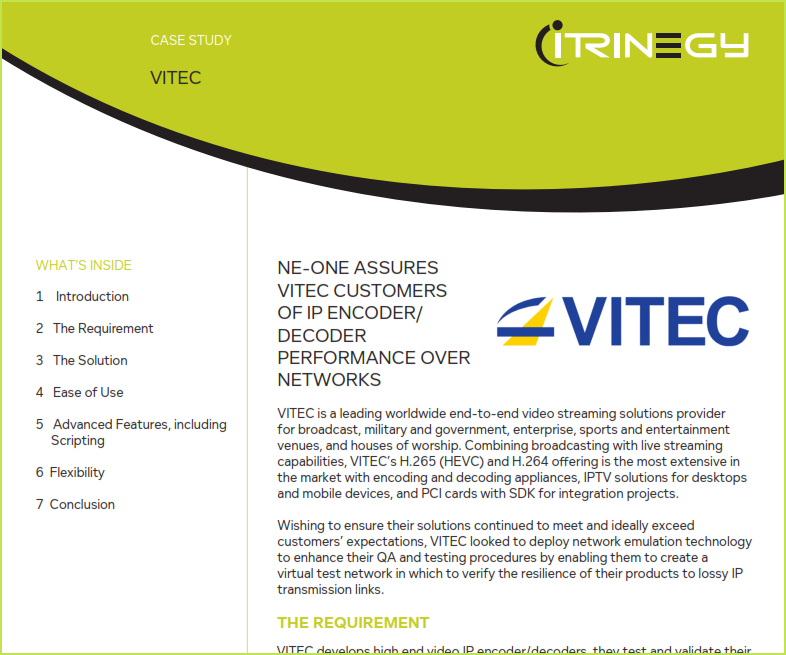 How IT Departments Really View Networked AV: Part I.

AV and IT are converging, but how well does each side know the other? This article explores their respective knowledge gaps on video. 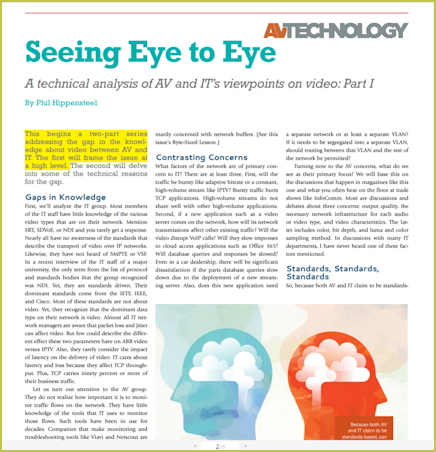 A Technical Analysis of AV and IT’s Viewpoints on Video: Part II.

The AV industry must consciously reach out to IT to explain the different types of video and how they should behave on IP networks. 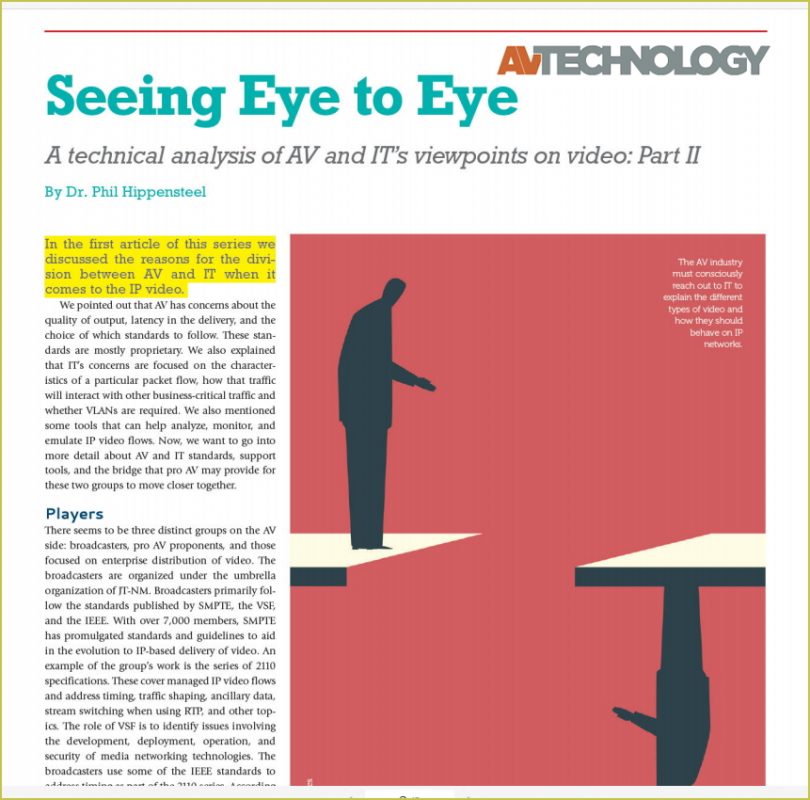 With a wide range of Emulators available, and dedicated product specialists available to help, iTrinegy will be able to find a tool to suit your needs, and help enhance your developmental and test procedures. And, with iTrinegy offering free consultation sessions, the only thing preventing you from potentially revolutionizing your tech developments, streaming services, or broadcast qualities, is your time.

Take 10-15 minutes to have a conversation with an iTrinegy specialist, and find out how our award-winning technological innovations can be implemented in your services.