Bringing Reality to Private 5G Testbeds (and Other Networks)

5G promises to significantly improve network performance by providing higher bandwidth and lower latency. The reality is that just like its predecessor there will be occasions when 5G is imperfect or other networks will impair application performance. Join this webinar to learn how you can enhance your test setup to ensure that your 5G-enabled products are Network Ready.

In this webinar, David Roberts, CTO Special Projects, CW outlines examples of how the CW private 5G testbed provides a controlled and predictable environment in which companies can develop and test next-generation, 5G-enabled products.

We will then examine the role iTrinegy Software Defined Test Network technology is playing, within the CW Testbed, in modeling real-world networks so that companies fully understand the level of network performance variance their 5G offering can tolerate. Adopting this approach has enabled organizations to identify and remedy defects earlier in the development cycle, leading to improved product quality and significant cost savings including reducing the need for multiple field trials.

iTrinegy’s Frank Puranik will expand on this by looking at the wider network environment and how you need to factor this into your testing process in order to ensure that you have properly assessed the risk that degraded networks will have on your 5G-enabled applications and devices.

creating bad multiplayer networks - how to break your games in the studio so they don't break in your players' homes!

Anticipating how a multiplayer game will endure the hugely different connections that players will be using can be an absolute nightmare for QA teams. High latency, low bandwidth, lost packets, NAT types – these are just a few of the many stresses that a player’s home or mobile network can place onto a game, and en masse they can totally ruin the game’s online experience. To make things worse, they’re notoriously difficult to re-create in lab environments, meaning they’re very difficult to resolve before the game is released.

However, iTrinegy’s Software Defined Test Networks can model any real world network in a controllable, repeatable, secure and accurate test environment, allowing you to run pre-launch multiplayer tests with totally realistic conditions in the studio, to ensure that your game works perfectly outside of the studio!

In this webinar, we will demonstrate how you can:

Expensive & Unrealistic - The Problems with Testing over Live SATCOM Networks

In this webinar, we show how iTrinegy’s Software Defined Test Networks can cost-effectively re-create any SATCOM environment you may need for testing, including:

For more information on testing over satellite networks visit https://itrinegy.com/solution-by-task/satellite-link-simulation/

How to create test networks for SD-WAN Proof of Concepts

When organizing a Proof-of-Concept for SD-WAN, finding a network that can be used for testing is notoriously difficult.

However, iTrinegy have developed a solution that allows you to easily create accurate test networks in which you can connect real SD-WAN equipment and where you have complete control over the bandwidth, latency, jitter, loss and more.

In this Webinar we will cover how you can create test networks capable of modeling international and local connections over point-to-point, hub and spoke and meshed topologies, and more.

Conducting a field trial is an expensive task, and if a product fails, rescheduling further trials can be very costly, and can cause long delays to a project’s schedule. One way to mitigate this is to realistically re-create, in your test lab, the degraded real-world network conditions likely to be encountered in the trial.

In this short (40 minute) online session, we explain how you can improve your field trial preparations by using Software-Defined Test Networks to mimic the challenging network conditions of any field trial, or proof-of-concept, within your own testing environments, in order to check system, application or device performance, pass field trials and stress technologies like SD-WAN, Cloud and 5G.

Are you a Mobile Game Developer, keen to have a better understanding of how networks impact gameplay, and learn the ways in which you can model different player connections within your lab for more advanced, sophisticated, and reliable QA tests?

In this free webinar, we’ll be taking 25 minutes to talk about how mobile networks support some industry defining features, but also how they can be a nightmare for QA teams across the globe, and can cause massive damage to a game if left unaddressed.

And then discuss what studios can do differently to prevent these errors from ever ruining the player experience, both now, and in the future.

In this 45 min sessions we will show you:

Why Software-Defined Test Networks are Critical for Digital Transformation Projects

If your organization is undertaking transformations such as Datacenter Consolidation, SD-WAN, Home Working, Migration to the Cloud, Enhanced Cyber Security etc, you risk irretrievable damage unless you ensure applications and services will operate successfully in what will now be distributed networks.

In this webinar, we demonstrate how SDTNs eliminated these risks for forward-looking organizations in sectors such as finance, gaming and defense.

What attendees will learn: 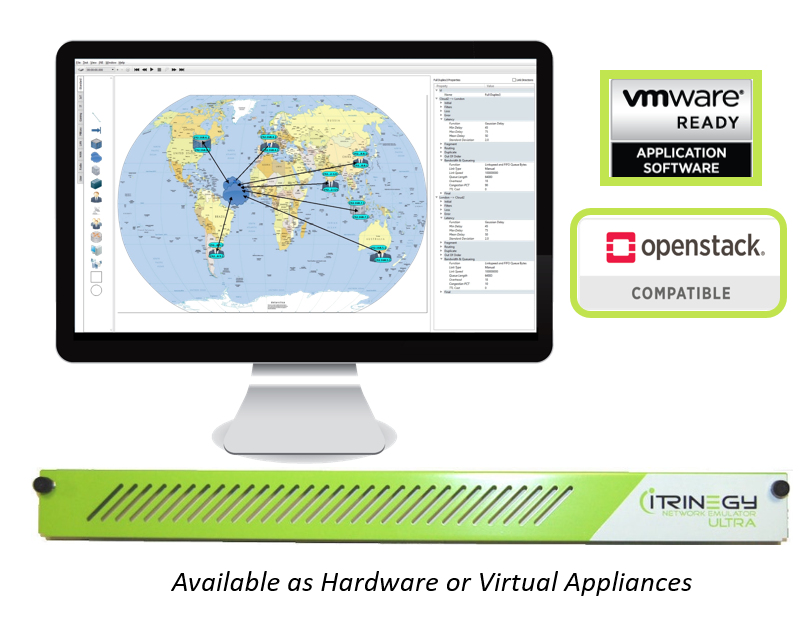 Join this 45 minute webinar, including a live demonstration to get up to speed with the latest enhancements available in Version 9 of the INE Network Emulator.

V9 has been created in response to industry developments and customer feedback and now enables you to:

New Features in this Release include:

Email us for the recording link

Join this short overview  webinar, including a live demonstration for a preview of NE-ONE Network Emulator Version 5

V5 has been created in response to customer feedback and now incorporates:

Head over to our Training Courses page to watch recordings from our NE-ONE Refresher sessions including:

Why Games break over poor networks

Join one of our webinars where we talk about some common causes of user complaints when a network-reliant game goes live, all drawn from real-life examples from our customers in the games sector, and showing how easy creating real-world networks can be with iTrinegy’s NE-ONE, allowing testers to play the game over poor, erratic networks, with consoles behaving as if they were operating in locations all across the globe, all from the comfort of the QA Lab.

Are you responsible for the successful deployment and maintenance of a streaming service, outside broadcast, a Broadcast WAN, or other network-reliant technology or applications?

The variable quality of available networks in different locations can present challenges for both the service providers and their audiences and it can be difficult to anticipate these hazards in pre-event testing as they will only appear when your broadcast network quality is impacted by the stresses of the real world.

In this webinar you will learn how, using a Virtual Test Network, you can create a controllable and repeatable broadcast test network environment including bandwidth limitations, congestion, latency, jitter, bit errors, queuing, packet loss and variable quality of service.  A Virtual Test Network enables you to stress broadcast technology and services in order to identify and resolve network-related performance issues before they are deployed for real.

Satellite Networks put a lot of “stress” on applications that isn’t usually encountered in WANs or Mobile Networks. Using real satellite networks for testing can not only be expensive, but also unrealistic as they do not allow you to mimic, on demand, different atmospheric conditions or network characteristics in order to conduct effective testing.  So, how can organizations have the confidence that their applications will be usable over satellite networks?

In this webinar you will learn how using a Virtual Test Network you can create a controllable and repeatable satellite test environment including bandwidth limitations, congestion, high latency, high jitter, bit errors, queuing, packet loss and variable quality of service.  A Virtual Test Network significantly reduces the costs of conducting application performance tests as it eliminates the need to use satellite dishes, satellite modems or terminals and also delays the need to conduct expensive live satellite field trials until much later in the project life cycle.

How To Avoid Making Players Your Game’s First Testers

Today’s gamers expect a great player experience regardless of the network that they’re connected to. But when network conditions put the player at a disadvantage – or worse the game is unplayable- then a bad review or negative social media post, is frequently the first step in expressing one’s anger and disappointment. Therefore surely it makes sense to develop and test games in an environment that accurately reflects the real-world network conditions for a player’s location – so that the game can be optimized to handle a myriad of network conditions.

In this webinar, you will learn how Virtual Test Networks can be used to create a secure test environment that looks and behaves just like the real-world network – an environment that’s not only under your complete control but is also repeatable too!

For more information, take a look at our Games Testing page.

There is no doubt that VMware’s Server Virtualization has played a key part in scaling and optimizing test lab environments making it easier to mimic the real-world users and servers. But if, in the real-world, your users are remote to the servers then the network between them can affect application performance, usability and overall experience. So how can you mimic the real-world networks and conditions in a VMware Test Lab Environment?

In this webinar you will learn how enterprises are using Virtual Test Networks in a VMware environment including:

How To Achieve Realistic SD WAN Proof of Concept Testing

Researching the SD-WAN market can be a daunting experience and even when you have selected the vendors you would like to evaluate there is the additional nightmare of how you will test each product. Using production for proof-of-concept testing isn’t usually possible or recommended as it’s not a controllable or repeatable environment required for accurate SD-WAN product evaluation.

In this webinar you will learn how enterprises are using iTrinegy’s Virtual Test Network solutions for SD-WAN testing and product evaluation:

We offer two ranges of Network Emulator products
enabling you to replicate WAN conditions and environments in seconds:

Both products are available in a number of model options to meet today's demanding requirements.